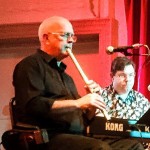 Well, the third big musical event of 2015 was the reunion after 45 years of Trader Horne, performing their seminal 1970 album “Morning Way”. Judy Dyble joined Jackie McCauley and his brother Brendan on Uilleann pipes and whistles with our Band of Perfect Strangers creating that post-Sgt Pepper sound. Having transcribed the whole album to give us a head start, we had a few rehearsals in Colchester and in darkest Judyshire (I like to call them the “Live Lounge Sessions”) before refining our interpretation over a long weekend at Manor Farm, Ardley (thanks to John & Frances M.) before the London gig, aptly greeted by the weather: Here Comes The Rain… 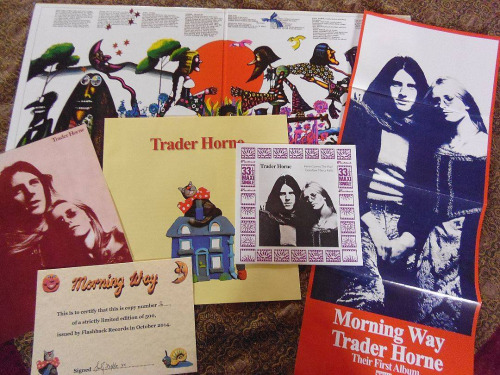 Having worked on another well known 1970s album reconstruction for the past two years (see Tubular Bells Live), I realised that we had to let the music breathe and perform it musically rather than just copying the original exactly. If we did that, we could have just put the album on for 40 mins! This meant not only transposing some numbers but adapting and allowing some magic to happen. My OCD was relaxing nicely and I managed to find a balance between “what was on the original” and letting go. 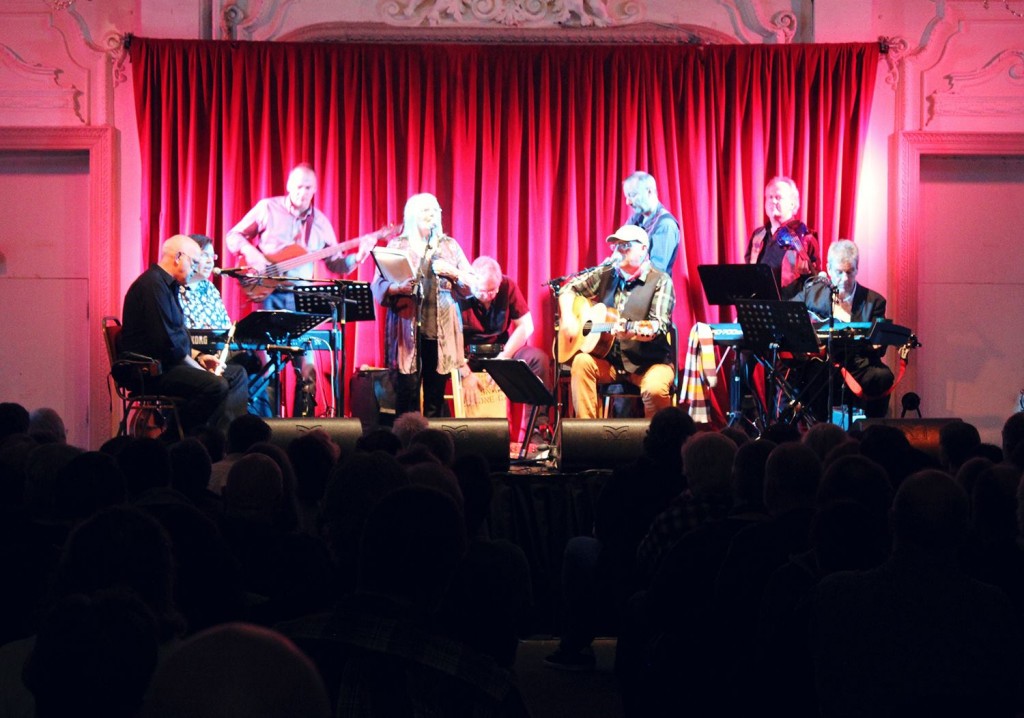 Jackie and Judy sounded great together (even after 45 years!) and the added bonus of Brendan gave that great Irish flavour. Our band was joined by the effervescent Steve Bingham, with Alistair Murphy on piano/guitar, Jez Salmon on guitar, Mark Fletcher on bass, Ian Burrage on cajon and myself (nicknamed Maestro by Jackie) on my nice Korg Kronos2 – complete with horn glissandi, harpsichord and harp! Ah the wild hotel parties we had near Oxford! 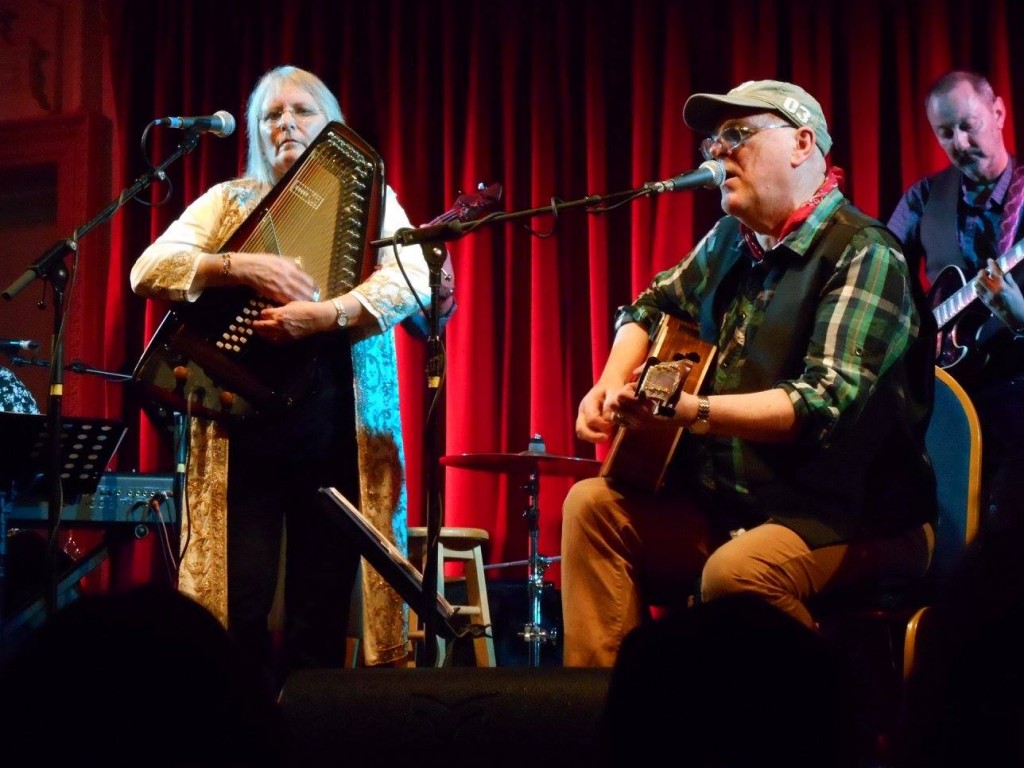 Thanks to Chris Carr and Kyle Lonsdale from Earth Recordings for excellent management and publicity, we performed to a full house of 300 people at Bush Hall in London. You can buy the remastered Morning Way album by Trader Horne on vinyl, download and CD here.

Here is my own promo video and some bootleg footage from the gig via YouTube: