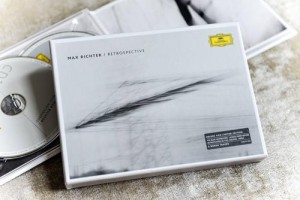 I’ve been pleasantly surprised about the return to neo-classical soundtracks recently. Perhaps it’s the selection of films, I’ve been watching for my BBC Essex film reviews.  Here are a selection of great soundtracks, which you can also enjoy as a separate listening experience – great for unwinding after a long day at work!

Here is one of my favourite tracks this month – Steve Bingham performing my arrangement of Max Richter’s On The Nature of Daylight with some stunning timelapse photography. As soon as I heard it in the cinema, I knew it had to be arranged for Steve. The opening will make a great live looping arrangement for solo electric violin and pedals too! 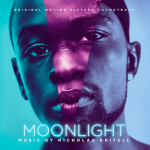 Moonlight by Nicholas Britell. Winning Best Score at the 7th Hollywood Music in Media Awards, Nicholas Britell has scored The Big Short, Twelve Years a Slave and also was a producer for Whiplash. This soundtrack is his interpretation of poetry as music. Apart from a couple of modern songs (explicit language in track 1), his score features violin and piano along with electronically processed versions “chopped and screwed” meaning slowed down to create a darker series of layers.  Key tracks: The Middle of the World and Chiron’s Theme.  Composer interview here 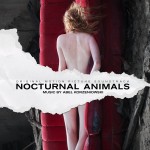 Nocturnal Animals by Abel Korzeniowski. This soundtrack for Tom Ford’s “fairy tale about violence, in which cruelty of an emotional crime is represented as a story of a murder” which stars Amy Adams and Jake Gyllenhal. According to the CD notes, Korzeniowski swaps the expected scoring of the two halves of the movie: “The crime plot [a fictionalised novel by Susan’s ex-husband about their failing marriage] is scored as an intimate, personal story, while the psychological drama [Susan’s real life failings] is treated as a thriller. The cold and detached intertwines with poignant and excruciating, the simple and intimate becomes grand and bold.” Echoes of Bernard Herrmann string writing mix with minimalist piano textures to great effect! Key tracks: Wayward Sisters and Table for Two. 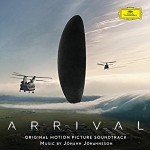 Arrival by Jóhann Jóhannson. Surely a movie to be nominated across the board at the Oscars; the Arrival soundtrack blurs the boundaries of soundtrack and sound effect to create a cohesive listening experience. Jóhannson used real tape loops, vocal improvisation and choir vocal sounds to create a soundtrack based around communication, the theme of the movie. The movie Prologue and Epilogue features Max Richter’s On the Nature of Daylight (on the vinyl soundtrack only) which is reflected on using inverted string chords by Jóhannson elsewhere in the score, to create a sense of whole.  Key tracks: Heptapod B, Rise and One of Twelve. Definitely a film to watch twice. Composer interview here. 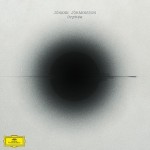 Orphée by Jóhann Jóhannson. This neo-classical album is a collection of miniatures that Jóhannson put together over a number of years. Rising and falling sequences in the strings, piano, organ and celesta are combined or juxtaposed with sound effects, voices and digital degradation in a similar style to Max Richter’s catalogue below. Key tracks include Flight from the City, By The Roes, And By The Hinds Of The Field and Orphic Hymn. Composer interview here. 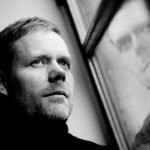 Max Richter, who studied at the Royal Academy of Music and later with Luciano Berio, is one of the most celebrated and most prolific composers on the contemporary scene. He composes concert music, operas, ballets, theatre and television scores and has released a series of acclaimed solo albums. His most famous work is possibly the score for the animated documentary Waltz with Bashir. Next time, I will review the re-composition of Vivaldi’s Four Seasons and the 8 hour epic Sleep. Composer interview here. 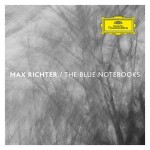 The Blue Notebooks by Max Richter. Released in 2003, this album takes the elements of piano and strings, spoken word, ambient effects and combines them beautifully. A melancholy album, as the title suggests, I’m sure Richter influences Jóhannson’s later works with this post-classical crossover style and I’m not complaining!. The most famous track is On the Nature of Daylight, used as the End Credits of the Leonard Dicaprio film Shutter Island and as mentioned above, as the Prologue & Epilogue music in the Amy Adams sci-fi drama Arrival. The four Max Richter CDs here have recently been reissued by Deutsche Gramaphone with bonus tracks and in the 4-disc set “Retrospective” (see top picture). The album features actress Tilda Swinton reading from Kafka’s Blue Octavo and other shadow journals. 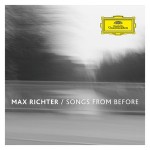 Songs From Before by Max Richter (2006). Another beautiful collection of neo-classical idioms such as lyrical and expressionist minimalism mixed with voices, effects and treatments. This album features Robert Wyatt reading texts by Haruki Murakami.

24 Postcards In Full Colour by Max Richter (2008). A collection of short ringtone like miniatures.

Infra by Max Richter (2009). This album is an extension of the 25 minute score for Wayne McGregor’s ballet of the same name. It includes a series of Journeys, combining the ever intriguing pallette of music and soundscapes. Ballet video here. 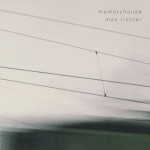 Memoryhouse by Max Richter (2002) “Memoryhouse is really about a journey through Twentieth Century politics. It’s about big wars, the conflicts and the political dynamics of the century. Those are the sorts of things which make me want to write music. As well I feel that there’s already too much of everything in the world and that I feel like I need a good reason to write a piece of music. In that sense I’m very much a minimalist. The Blue Notebooks is similar. If you think of Memoryhouse as a sort of externalised commentary then The Blue Notebooks is an internal mirror of that. It deals with the same sorts of questions. It’s also a political record but viewed from an individual standpoint.” 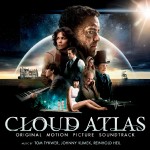 Cloud Atlas by Tom Twyker, Johnny Klimek and Reinhold Heil (2012). This is a wonderfully expressive and exciting soundtrack which was written by the team behind One Hour Photo. The film is based on David Mitchell’s 2004 novel, which follows the interconnectedness and reincarnation of a number of characters during 6 periods of time (1849, 1936, 1973, 2012, 2144, 2321). It is “an exploration of how the actions of individual lives impact one another in the past, present and future, as one soul is shaped from a killer into a hero, and an act of kindness ripples across centuries to inspire a revolution.” Key tracks are All Boundaries Are Conventions and The Cloud Atlas Sextet, which is itself a plot point, where the musical theme is passed down through the generations.

Next time: Rogue One: A Star Wars Story, Fantastic Beasts and Where to Find Them and more!