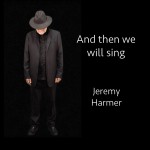 Jeremy Harmer has now released his latest album “And then we will sing” via Steve Bingham’s record label “The Third Release“. I contributed the string arrangements and some double bass. Some of the songs were featured at the September 2016 Cambridge concert. Please buy the download or CD version here! 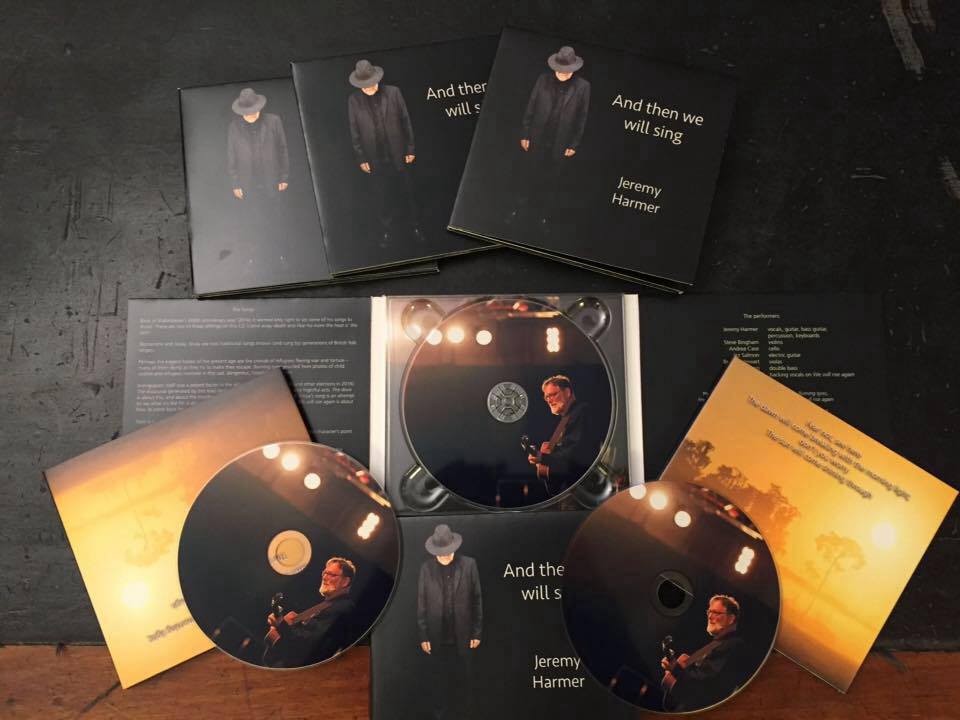 Jeremy writes: “Back in Shakespeare’s 400th anniversary year (2016) it seemed only right to set some of his songs to music. There are two of those settings on this CD (Come away death and Fear no more the heat o’ the sun).

Perhaps the biggest horror of the present age are the crowds of refugees fleeing war and torture – many of them dying as they try to make their escape. Burning tyres resulted from photos of child victims and refugees involved in this sad, dangerous, hopeful procession. Immigration itself was a potent factor in the debate which lead to Brexit (and other elections in 2016). The discourse generated by this lead (and leads to) entrenched prejudice and frightful acts. The dove is about this, and about the murder of British MP Jo Cox on June 16, 2016.

Freya’s song is an attempt to say what it’s like for a dearly loved child to be born into this climate and We will rise again is about how to come back from the various ‘brinks’ we face! Stars is a song of love for a daughter who looked up from the desert.

Pip’s Waltz re-writes the last chapter of Dickens’ Great Expectations from the central character’s point of view. Jeremy’s anthem was written after UK Labour leader Jeremy Corbyn seemed reluctant to sing his country’s national anthem. What should a national song be like? The Lady who sang on the hill is the (almost) true story of a woman who briefly joined travel explorer Hannah Engelkamp on her walking journey around Wales with a recalcitrant donkey (www.seasidedonkey.co.uk). The woman turned out to be folk music royalty!

Bring us back our sons deals with the reaction of the Mexican population to the disappearance and murder of 43 teacher training students from the town of Ayotzinapa when they tried to protest peacefully in the city of Iguala (in the state of Guerrero, Mexico).”