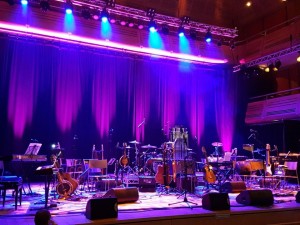 Well – that was a whirlwind of a tour and what fun we had! Having discussed the 2017 project with journalist Neil D’arcy-Jones at the Mercury Theatre (which raised over £8500 for the Mercury Rising Project), he suggested it “had legs” and we should go on tour. So from late 2017, I stopped almost everything apart from my busy day job running Colchester Institute degrees and started the preparations with new music and old music, a 13-piece band, van driver Guy Eade and sound man Josh Bobby. Matilda Bourne designed new graphics and the great website and we were up and running – promoting and funding the entire £34,000 tour ourselves (and grateful thanks to our six Indiegogo sponsors who got special merchandise and perks!) – and we broke even – ok – we didn’t quite but it was very close! Perhaps we’ll do it again in 2020 if we have a promoter – a couple were interested! We learned a lot and it was reassuring to have a team of friends and trusted musicians around me – to support me personally, financially and musically! 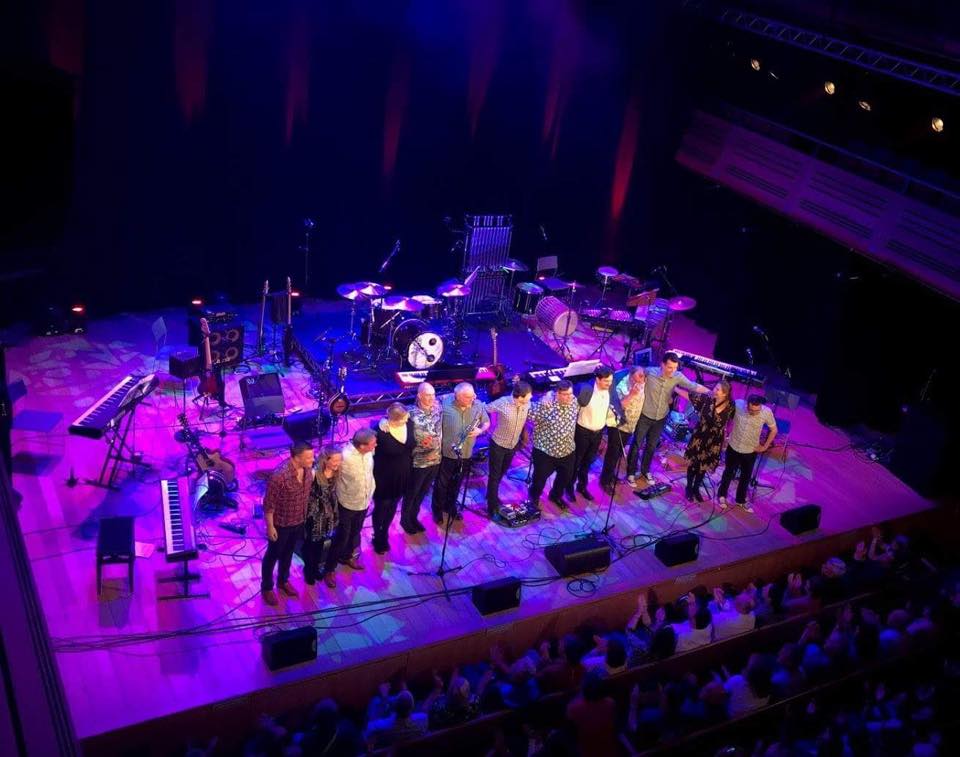 “Come to *Insert city here*” was a familiar cry but this wasn’t possible without a promoter so we settled on the following 6 venues out of the 12 or 13 initially pencilled in. Colchester’s Headgate Theatre was the warm up gig with 3 days of intense rehearsals with the press and a select bunch of family and friends. Many thanks to Glen Oldershaw whose great piece below in the Essex Chronicle helped sell out the Civic Theatre in Chelmsford plus extended interviews with Mark Punter on BBC Essex’s Vintage Vinyl and regular updates with my weekly slot with Tony Fisher on Fridays. 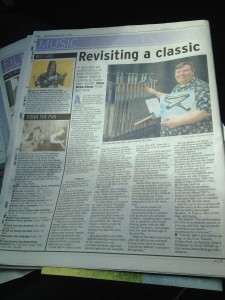 Our first five public performances have covered a “Tour of the South” – The Stag at Sevenoaks, New Theatre Royal at Portsmouth plus the sold out gigs: The (wonderful) Stables in Milton Keynes, the Civic Theatre, Chelmsford playing to a large home crowd and The Apex in Bury which was great (if a little loud!). Thanks to all of the fans for their kind words, photos and messages – it really is great to know that we’ve done something impossible: (See the review below)!. 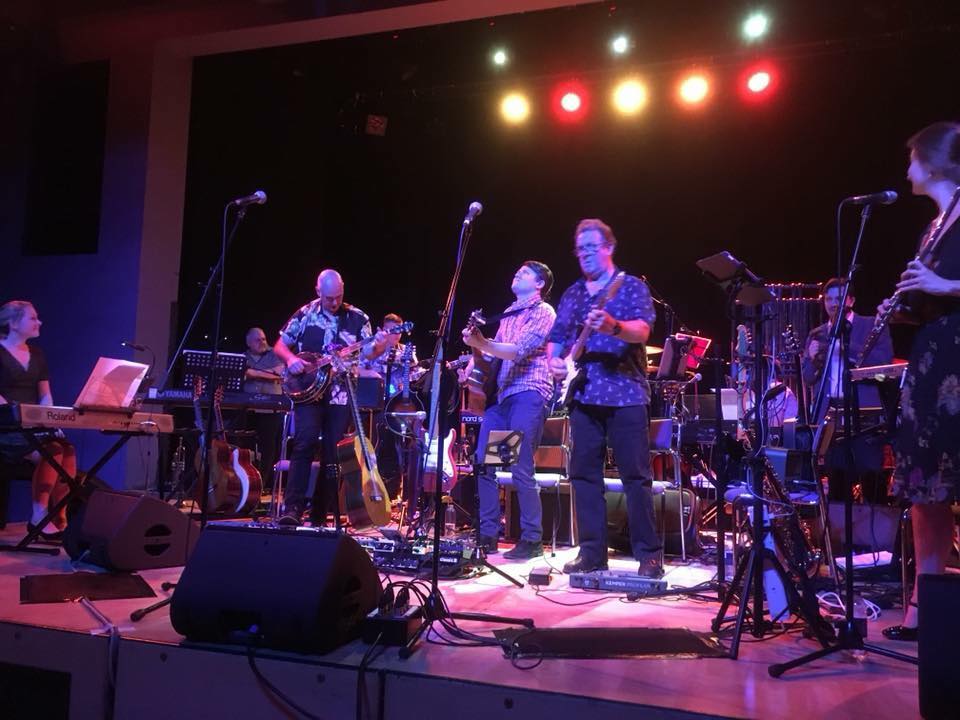 The tour was timed to maximise and celebrate the 45th anniversary of the release of TB on 25th May 1973 and also it fitted in well between UK tours by the great Tubular Bells for 2 – who were touring in the autumn. I also had the nervous pleasure of performing the infamous and still unknown T-shirt piece at Paul Harris’ marvelous Tubular Bells 45th Anniversary convention at Arlington Arts Centre in Newbury – for which the Colchester Institute bells saved the day for Rob Reed and Tubular Tribute from Spain whose playing and interpretations were inventive and rocky! There was a lovely set by recorder player extraordinaire Les Penning with Rob Reed and his Magenta band plus Luke and Victoria Oldfield aka Gypsyfingers!  Moreover it was great to meet up with the international fan based who came to my 2015 and 2017 concerts and also then on the Tuesday at the Orchestral Tubular Bells at Queen Elizabeth Hall.  This was a well performed evening of David Bedford’s famous arrangement (which I still think misses a trick with a lack of glockenspiel and Tubular Bells!). The original guitarist Steve Hillage was back and very much “one slightly ambient guitar!”.  This was preceded by Balloon Music 1 – performed by us the audience and directed by old friend and inspirational creative type Duncan Chapman, who I first met when I was a teenager working at Chelmsford Spectacular in around 1991/2. We all laughed/coughed when the announcer said that performing Tubular Bells like the album was “impossible” – nope! 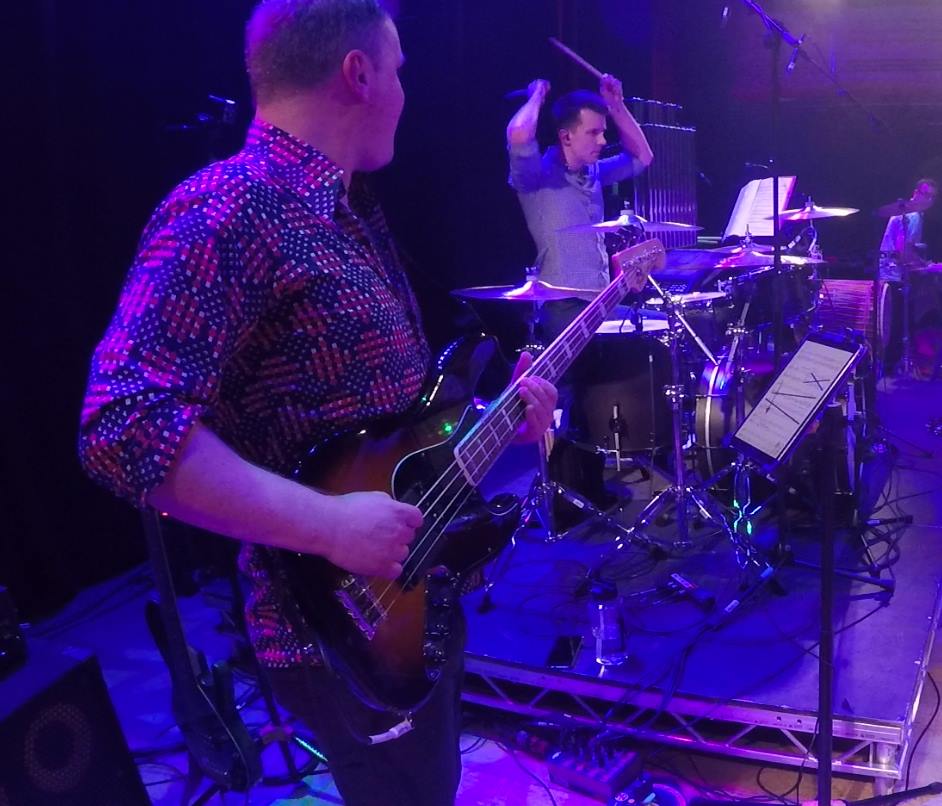 The last time Tubular Bells was performed live was I think in 1998 (The 2012 Olympics played just the intro). In fact, at a recent classical performance of Tubular Bells live they stated it was ‘too hard’ to perform the original multi-instrumental pieces in their entirety.

After he’d done that he put together a band of talented musicians and singers and took them on the road for a short tour to present Tubular Bells Live!

Luckily for us, he lives just up the road and took the show to the Apex at Bury St. Edmunds – a wonderful modern venue that rocked to Soul II Soul last summer.

Phil and his band of merry musicians treated us to over two hours of classic Mike Oldfield with excerpts from Ommadawn, Hergest Ridge, Return to Ommadawn, Guitars and classic singles Moonlight Shadow, To France, Five Miles Out, Guilty, Man in the Rain, Man on the Rocks… plus!! Tubular Bells parts One & Two (and bits of Tubular Bells II and III)

The first half opened with the wonderfully ethereal Hergest Ridge building from a single pipe to the full ensemble as the price reaches it’s crescendo. We then settled into a set that interspersing Mike’s single hits like including Moonlight Shadow, Man on the Rocks and my favourite – ‘Five Miles Out’, with longer pieces including ‘the Songs of Distant Earth’ and Ommadawn.

Our seats were aloft looking down onto the stage, which turned out to be a wonderful vantage point to see all the performers on the crowded stage. The music sounded brilliant in the arena and every track was to me note perfect. I resisted filming or taking photos as I wanted to just enjoy the music (plus it didn’t feel right in the context) so I only have a few shots from the end of the show.

Tubular Bells Live BSE
The second half of the show was dedicated to Tubular Bells parts one and two. From start to finish these were faithful, fantastic renditions of the entire pieces. From the opening piano (that goes on for a loooong time when you see Emma Nash playing it live) to the epic MC introducing the instruments before closing with just the Spanish Guitar solo from James Sterling. In the words of Phil Toms, “you don’t get to hear that very often.” No you don’t and it was brilliant.

Part 2 was equally great. About half way through the piece, we saw lead singer Matyas Basco slip out stage right (it’s amazing what you see up high!) which we thought was interesting. A few minutes later this ‘caveman’ appeared on stage, replete in leopard skin outfit and wig to perform the ‘Piltdown Man’ part – you know the bit that goes, “Sokogo Ahh,Tah Nooah…” No-one can say the singer was not versatile!

Legend has it that Virgin boss Richard Branson insisted there were lyrics in part 2. Mike did not agree but when forced to include some got very drunk and recorded those immortal ‘words’.

Wowsers. That was epic. Not something I had ever expected to hear live, in my lifetime.

But we weren’t done. A quick trip through Moonshine from Tubular Bells II to the finale and some encores. Nautical themes, ‘Blue Peter’ and ‘Portsmouth’ , a little fun with ‘Punkaddidle’ closing the evening with the upbeat ‘disco’ song ‘Guilty’.

Tubular Bells Live Band Applause
I don’t have enough superlatives to cover a memorable, and hopefully not unique concert experience. This short tour felt like a proof of concept which it certainly passed with flying colours. There is talk of a wider tour across England and into Europe. I for one hope this comes off as I would love to see this all again – many times over!

You can find more information about the tour on their official page https://www.tubularbellslive.com/ or on Facebook https://www.facebook.com/TubularBellsLive/ . Phil Toms also has his own website covering his wider musical exploits at http://www.philtomsmusic.com/ 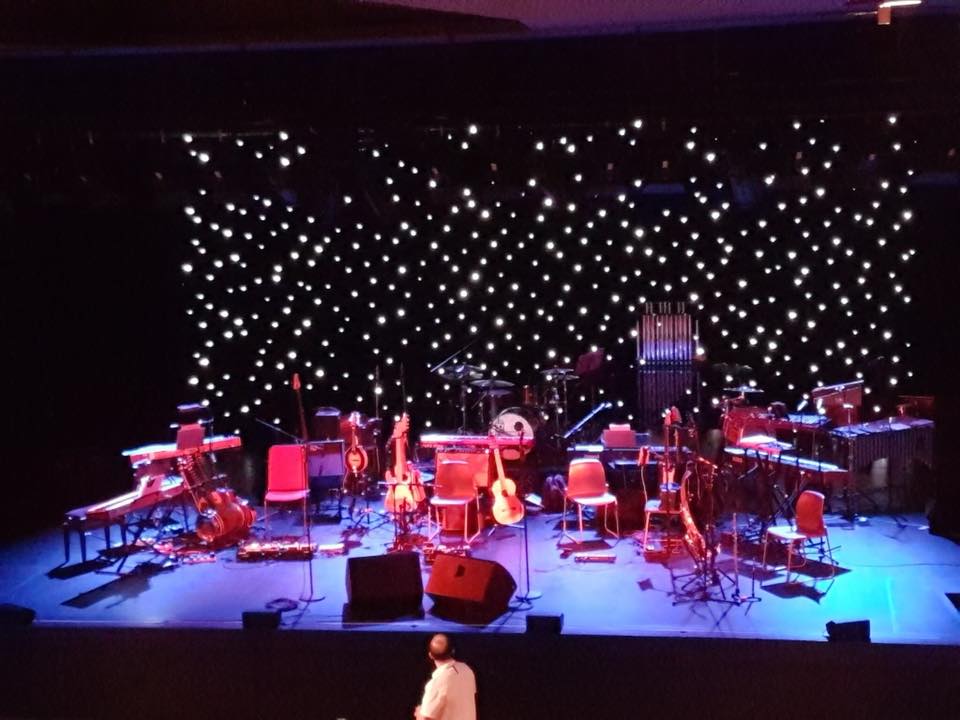